How to load test a Rest API

REST APIs are becoming widely popular. Our own application is designed with a REST API. What does it mean? It’s a software architecture where a client (the Web Browser) talks to a server (an HTTP server in our case) mostly using the HTTP protocol.

REST services used to communicate using an XML based protocol called SOAP. SOAP is still used by big companies in legacy REST services. Nowadays, REST APIs are mostly communicating using the JSON format. JSON is human readable, like XML, but simpler. It lacks all the security layers SOAP can offer, but most of the web application don’t require them.

In this article, we explain how to easily run thousands of concurrent users on your REST Api using OctoPerf.

Load Testing a REST API using JSON over HTTP does not involve any particular tool. It’s not so different from load testing a web app which is serving HTML pages. In fact, it can be easier to load test a REST API than a website because JSON is very easy to understand. You basically just need a load testing tool capable of simulating HTTP requests with different methods (GET, POST, PUT, DELETE and more).

In this post, we take Json Server as the example application we want to load test. It offers various JSON Rest APIs to retrieve blog posts and comments. It’s the perfect example as it’s simple and powerful at the same time. 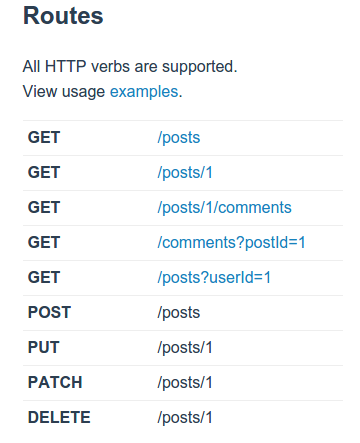 Let’s now create a virtual user which will get the blog posts. To do this:

We could also record the interaction between our browser and the server with JMeter Recorder or Fiddler HTTP Proxy. The configuration should look like the screenshot below.

Then click on Create VU again to create the virtual user. You should end up with a virtual user containing a single request to the /posts rest api.

Now, we need to check that the virtual user queries the rest api correctly. We are going to run a Virtual User Validation.

The virtual user validation is an important step to make sure the virtual user behaves as wanted. You should do this before swarming your servers with thousands of users. When users don’t behave correctly, the test results may be biased as the simulated users does not behave like real users.

To run a virtual user validation, click on the Validate button in the top right corner.

It launches a single virtual user instance in debug mode. Every request and response is collected and will be viewable to find out if the virtual user is running fine. Once the validation is finished, a Green dot should be displayed next to the requests. It means that the request was successfully executed and the server returned a response with HTTP 200 OK status.

Let’s take a look at the request sent by OctoPerf and the response returned by the server. Click on the GET tile to open the request details.

The detailed request view allows to fine tune the HTTP request as well as check the requests emitted and responses received during virtual user validation. Click on the Requests button to see the request being sent to the server by our system. 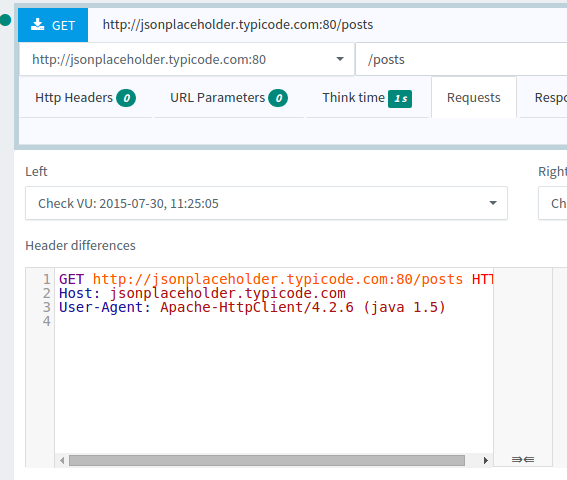 The request OctoPerf sent to the server during the validation

This panel shows the HTTP request which has been sent to the remote HTTP server, on the /posts JSON REST API endpoint. Now, click on the Responses button to see the server response. 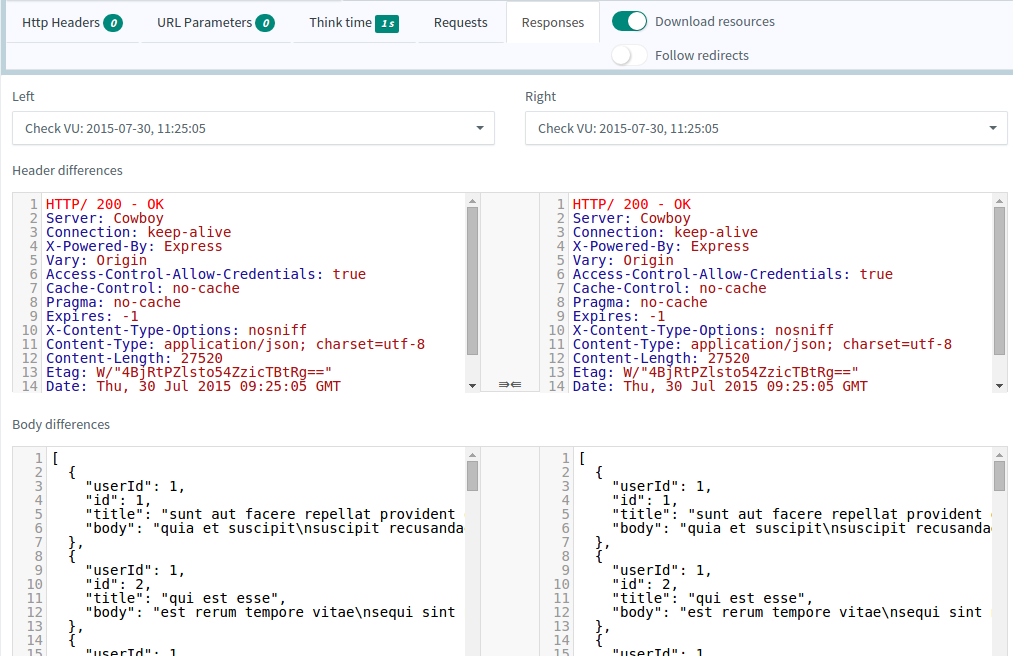 The response OctoPerf received from the server during the validation

This panel shows the HTTP server response received from the REST API Server. The server returned the list of blog posts. Pretty easy! Now, let’s make the virtual user a bit more interesting by introducing dynamic behavior. We are going to simulate a user retrieving the comments of a random blog post.

Select the Post processors on the left and click on the Regexp item. You should end up with the item being configured as child of your request. Give it the name post_id by editing the field.

This extractor allows to apply a Regular Expression on the server response to extract part of the response. Don’t panic! We made it simple enough to be easily understandable. Click on Configuration and select the id number with your mouse. You should end up with the same as below. 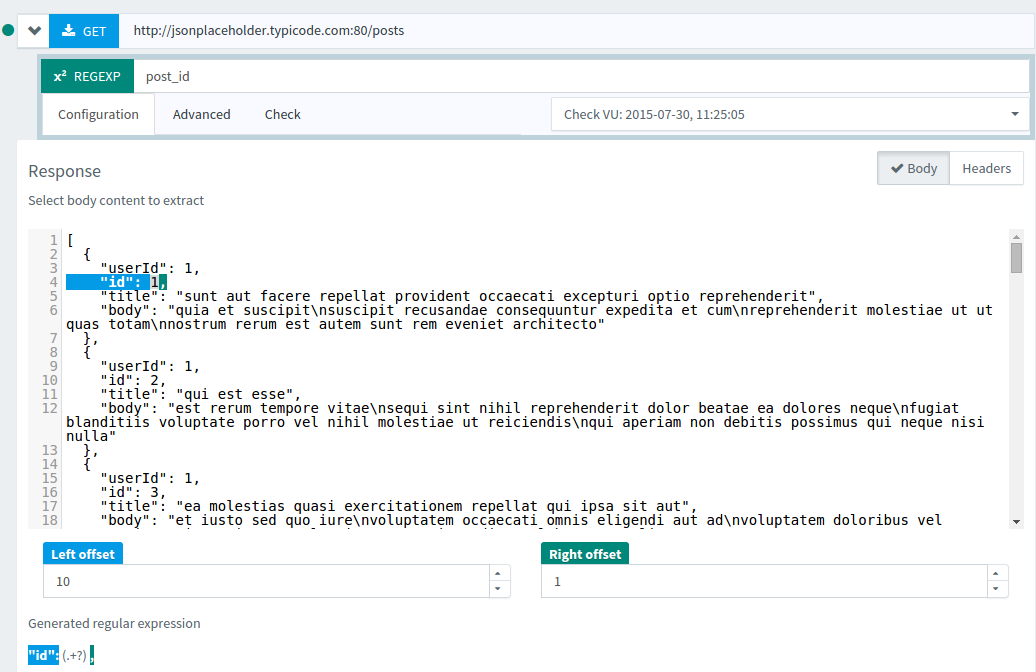 Great, the extractor is now able to extract the post id from the JSON server response. Click on Check tab to see the extracted variables. 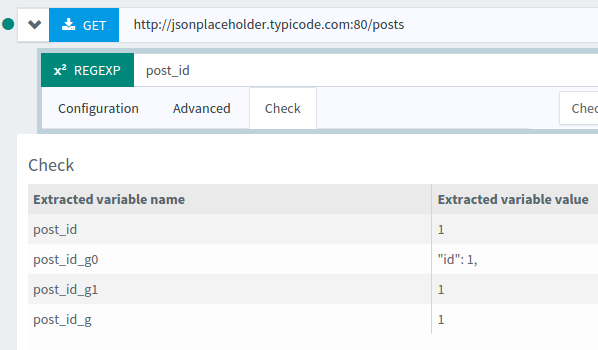 The variable ${post_id} now contains the first blog post id and is available in sub-sequent requests for reuse. But, we want a random blog post! Click on Advanced tab, and select Random match number. 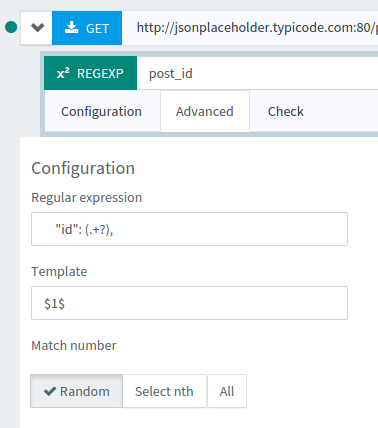 Go back to Check tab, and Click on Refresh several times to see the blog post id change. Great! You have now extracted a random blog post id from the server response. Let’s reuse it in a sub-sequent call to the comments rest api.

Now we just need to setup an HTTP GET to the /comments rest api, like shown below.

Let’s run the validation again to check that the post comments are queried correctly. 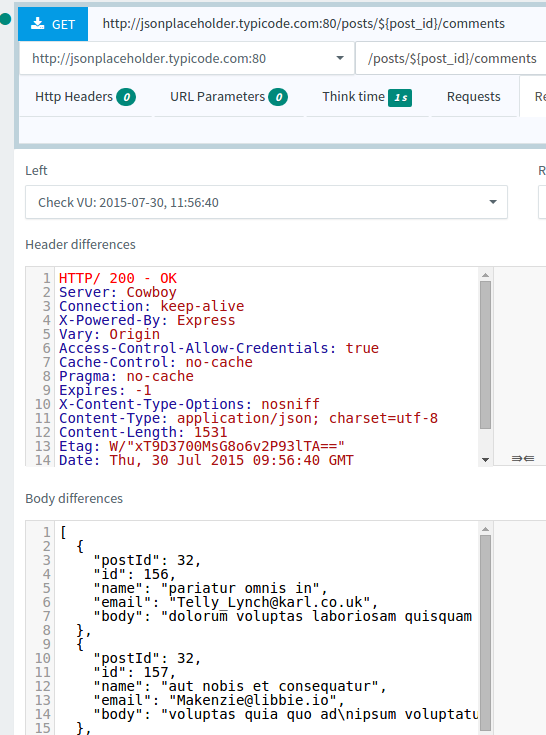 Wow, it works! We’ve just received the comments of blog post with id 32. Validate the user again, and you should see the comments change too. Let’s take it one step further and create a virtual user which iterates over all blog post comments.

Match all blog post ids, and rename to post_ids

Then, we put the /comments inside a Foreach Loop to iterate over blog posts.

Finally, run a virtual user validation again. You should see many entries in requests and responses, showing all the posts being traversed. It may take some time to complete the virtual user execution.

All the responses received when iterating over blog posts

The virtual user execution should complete way faster now. When looking at the received responses, you should only see blog posts from 1 to 10 included. Congratulations! You know how to put a condition on a content extracted from a server response. 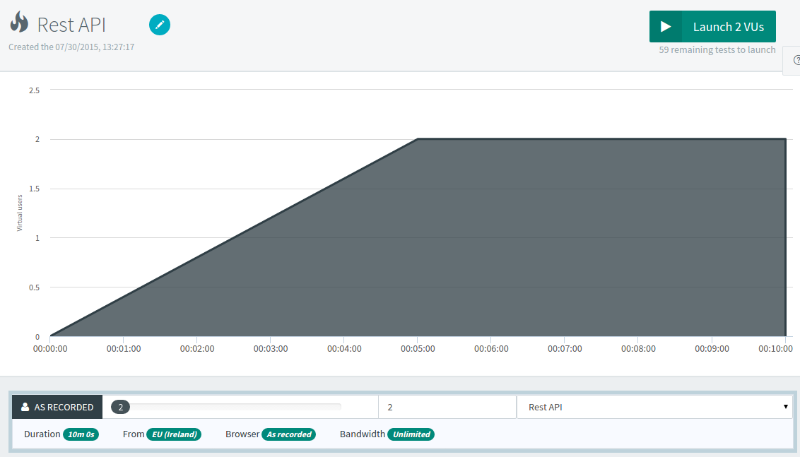 You can now drill down on your REST API calls response times to find out bottlenecks quickly. Experience performance issues before your users! 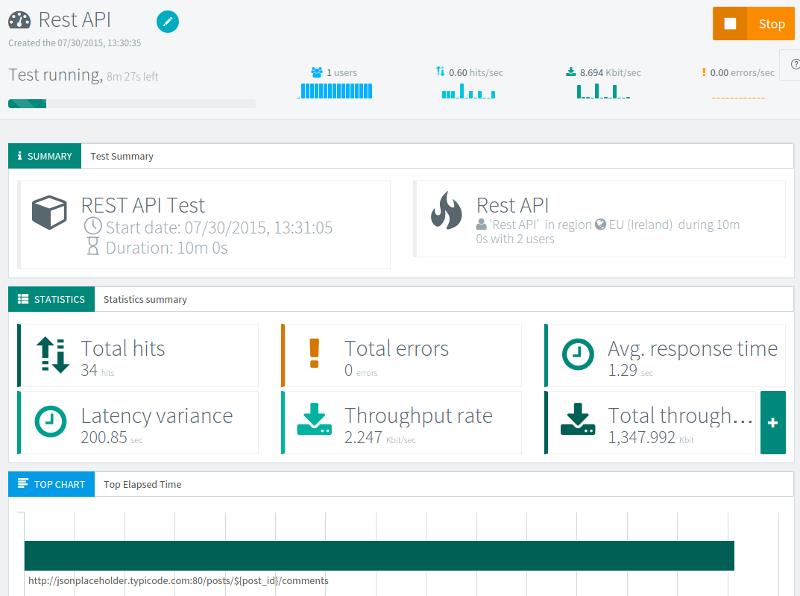 We have already seen many steps in the process of load testing a REST API:

It took only ten minutes to do all of these! There are still many other possibilities we don’t have explored yet to make even more realistic load tests. We will talk about these advanced steps in future blog posts, so stay tuned and have fun load testing! 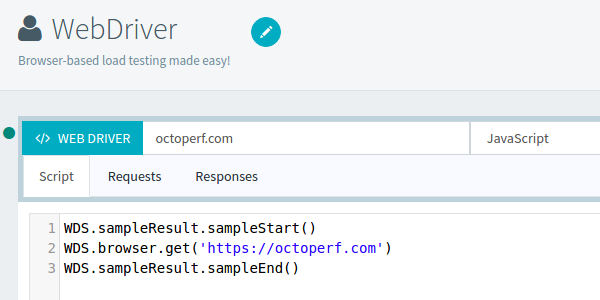 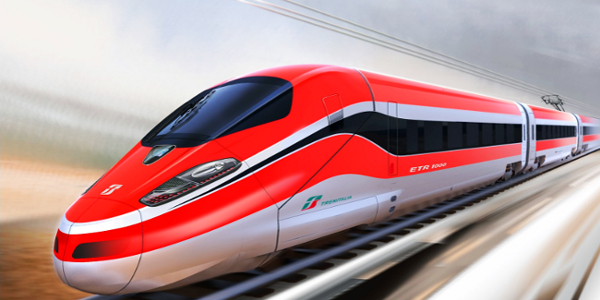