You may be in the situation like me: you have already extensively used Rancher v1.6.x but would like to migrate to Rancher v2.0.x. For those who don’t know, Rancher is a Docker Orchestration tool.

While trying to setup a development machine with Rancher 2 installed, I came accross numerous different issues. I’ve spent hours figuring out how to fix them.

This tutorial is all about sharing the tips and tricks to avoid you waste time:

Let’s see how to setup and run Rancher 2.

As it’s our development and CI machine, we need to run the following services:

As we can see, I need to be able to root traffic from DNS hostnames (likle jenkins.octoperf.com) to a very specific application on my machine.

The schema above shows how it will operate. And here we have the following problematics:

I’m going to answer to those questions below. Let’s go!

I think it’s worth to talk about the differences between Rancher v1.6.x vs v2.0.x.

Rancher v1.6.x was mostly written in Java. It’s based on a proprietary system called Cattle to handle much of the fluff including networking (via IPSec Tunneling), DNS, health checks, clustering on multiple hosts and more. At that time, there was no clear winner between several clustering systems:

After a while, Kubernetes took the lead. It emerged as the standard for clustering apps with Docker on clusters of nodes. So naturally, instead of reinventing the wheel, Rancher was rewritten from the ground in GoLang to become an installation and management tool for Kubernetes clusters.

I must admit, I was quite dubitative we would ever need Kubernetes. It looked like a huge Steam Powered machine from the outside. We like when things are simple and maintainable. And we were happy with Rancher v1.6.x too.

But, as we decoupled our product from Rancher v1.6.x just a few weeks ago, we now have the possibility to upgrade our Rancher server with much less pain.

I’m going to setup Rancher 2 on my development machine with the following configuration:

The setup is based on Ubuntu Linux. As I haven’t any machine running on Windows, I can’t really help you in that case. And yes, I know the machine is pretty insane with 16 cpu cores and 128GB RAM. But I got it for about 1000€ several years ago, and I really think it’s the perfect setup for a development machine.

As specified in Provisioning a Linux Host, in Rancher’s documentation, only a few Docker versions are compatible with Rancher 2:

Why? To make things simple: because Rancher 2 is a tool to setup and administer a Kubernetes Cluster.

I naïvely tried to install it on my machine with Docker 18.05-ce: needless to say it failed with an obscur error like:

I would recommend downgrading to Docker 17.03.2-ce:

If you try to install this version today without this script on Ubuntu 16.04LTS, It will fail! The reason is the oldest available version on Docker’s APT repository is 17.04-ce.

Now that we have the right Docker version, let’s see how to run Rancher 2.

As it’s a development machine, i’m going to follow the Single Node Installation guide. As explained in this documentation, Rancher 2 requires both HTTP port 80 and HTTPS port 443 to be mapped.

Also worth to mention: directly map /var/lib/rancher volume to your local disk. That way, you won’t loose any configuration if you need to destroy and start Rancher’s container again.

You’re supposed to run the following command to run Rancher 2 as a container:

Make sure to use rancher/rancher:v2.0.x, where v2.0.x must be replaced by the latest Rancher 2 version. Sadly latest cannot be used as v1.6.x releases also write to this tag.

But, I’m planning to run an Ingress controller:

Typically, an Ingress is a load-balancer which exposes your services to the internet through a unique port. There are various possible strategies including the one i’m interested in, Name based virtual hosting:

But, the problem i’m facing:

Let’s see how to solve those issues.

We’re going to configure Rancher slightly differently than with the default setup:

Thus, to start Rancher, i’m going to use the following command: 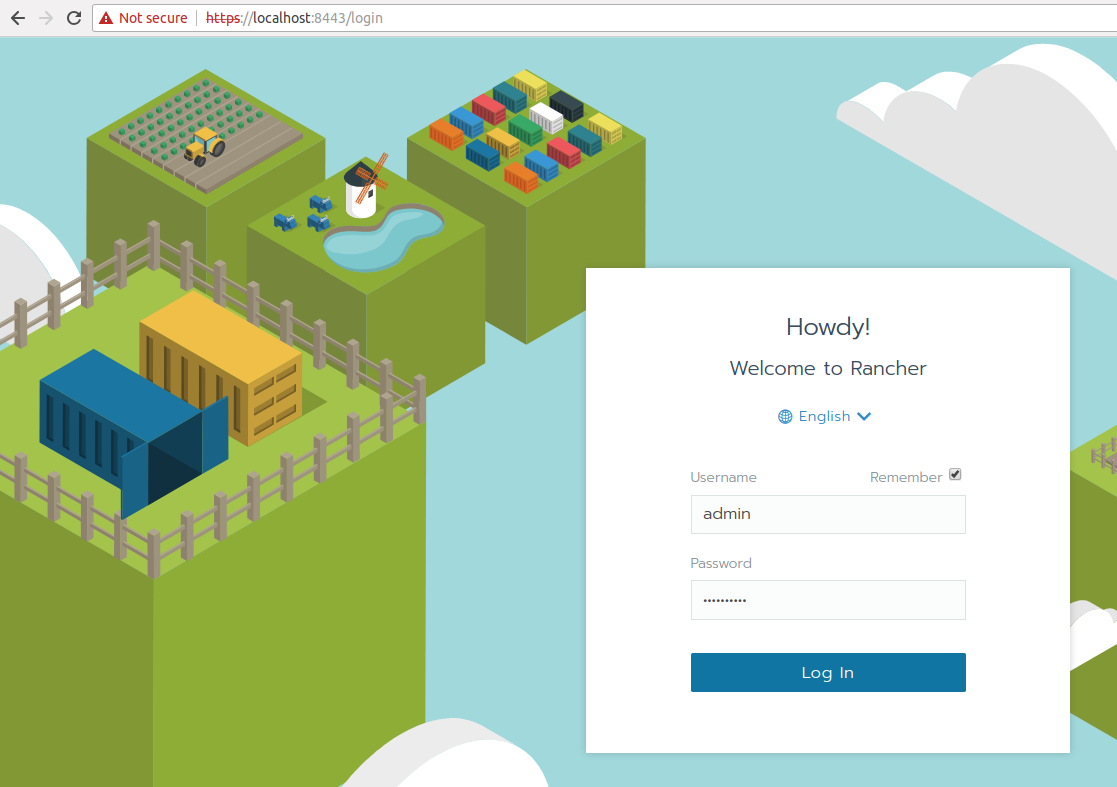 Great! Now we have Rancher 2 running on port 8443. But it’s not finished yet:

IMPORTANT! Changing Rancher’s server-url setting must be done prior to installing nodes within a cluster. Otherwise agents won’t be able to communicate with Rancher.

Great! Rancher is now properly configured, it’s time to create a new cluster and add a node. We have solved upfront the following issue: Free the 443 port so that Ingress can use it.

To setup a new cluster:

The command-line to launch an agent should look like:

Copy the command and run it on the same machine. After a few minutes, the node should be registered and initialized. It can take 10+ minutes because it downloads many Rancher Kubernete Engine (known as RKE) docker images.

Suppose you have forgotten to properly configure Rancher prior to launching the agent. Or for some odd reasons, the node is not working properly. The following script cleans:

Prior to finding this script, I tried to reinstall a node without cleaning the mess. Trust me, you can spend hours trying to figure out why it’s not working. Simply clean the host, and launch an agent again (make make sure to check etcd, controlplane and worker roles othwerwise it won’t work either).

That being said, you should now have: 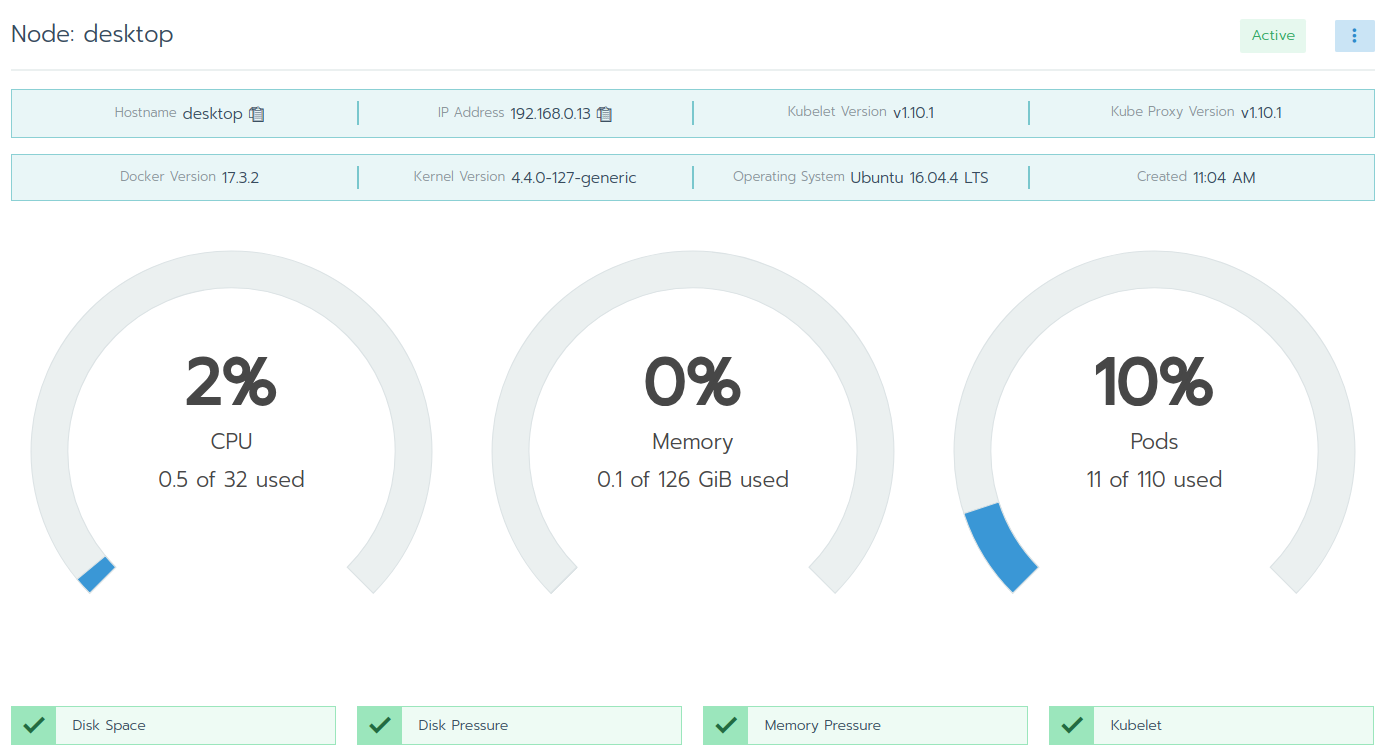 As you can see, everything should be marked as green. Let’s now setup the dev environment!

What is an Ingress? It’s a load balancer: it receives incoming HTTP and HTTPS traffic respectively on port 80 and 443 and redirects it to the appropriate service inside the Kubernetes cluster.

Why should I use an Ingress? It’s much cleaner to have a single port open to the internet than multiple ones. Also, it offers advanced features like Hostname routing: routing traffic to a target service depending on the requested hostname.

Setup is going to be performed in Default project under default namespace. Namespaces are useful when cluster need to be shared accross multiple teams. In our case, we simply don’t need to mess up with multiple namespaces. 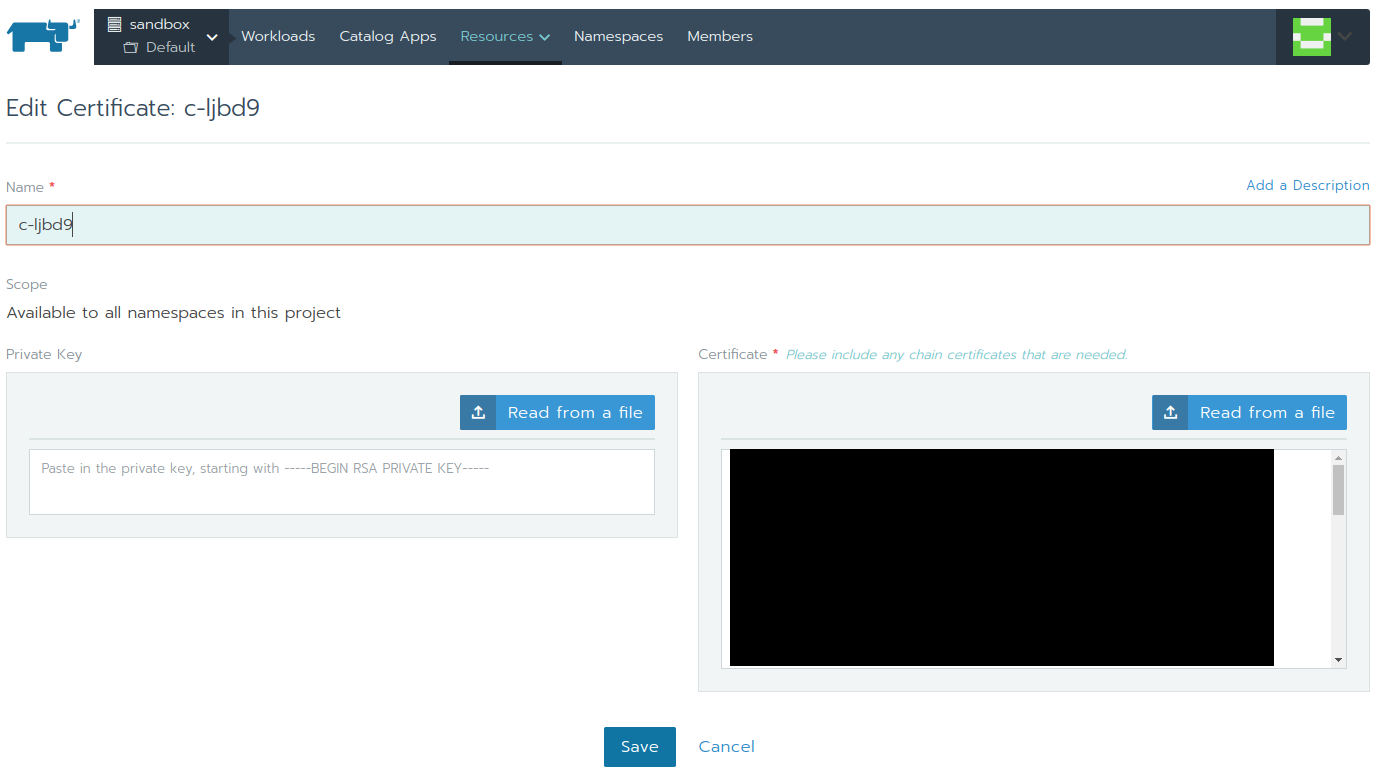 The first thing i’m going to setup is the SSL Certificate. It seems surprisingly easy to setup (and in fact, it is), but if you do anything wrong here the Ingress Controller won’t start. We have a paid SSL Certificate provided by Namecheap:

We’re going to use this SSL certificate when setting up the Ingress controller later. Why? Because I have opened port 443 to my machine and only want to serve Jenkins and Sonarqube through HTTPS:

I made the mistake to provide both Certificate Authority chain and certificate within the Certificate box. It causes the Ingress controller to fail to start. Don’t make the same mistake!

By clicking on the certificate, make sure all information have been read properly by Rancher. Rancher automatically installs this Certificate within Kubernetes and makes it available to Ingress Controllers.

And the served SSL certificate was named as Kubernetes Fake SSL Certificate. It took me some time to figure out the certificate was wrongly configured. Once i’ve put the content of the .crt file within the Certificate field, the ingress controller worked properly.

As explained earlier, my Jenkins server is deployed within a Tomcat server running through a terminal directly on port 8082. Why? Because it needs Docker and few other things installed on my machine to run our CI tasks. I usually start it like this:

We could probably containerize it by building an image with appropriate tools and configuration. But, it’s also interesting to see how to redirect traffic outside the Kubernetes cluster.

In order to do this, we need to create an External IP service:

Then, it’s time to create an External IP service:

Then click on Save. The problem is, the External IP service points to the TCP port 42 by default. Our Jenkins server is running on port 8082. It took me hours to figure this out!

I diagnosed the issue by running the kubectl command through Rancher:

We need to edit the rule YAML configuration to change the default port 42 to 8082:

Now we have a working service pointing to my Jenkins server running on my local machine in a regular process.

As we also want a Sonarqube server (purposely for code defect analysis), let’s create a workload which spins up a Pod running it. Basically, it’s equivalent to launching a single container on my local machine, but through Kubernetes:

Sonarqube is going to run inside a workload (equivalent to a container):

IMPORTANT Beware using NodePort or HostPort in production. It can lead to port conflicts on shared clusters. Also, NodePort only allows ports >= 30000 to be selected. Should you enter an invalid value, and the pod will fail to start with an obscur error.

I have also a few other specific configuration like:

Now that we have both Sonarqube and Jenkins running, we can setup the Ingress Controller with the appropriate rules.

Let’s now create an ingress controller (equivalent to a load-balancer). It will redirect incoming traffic on port 443 on my machine to the relevant service: 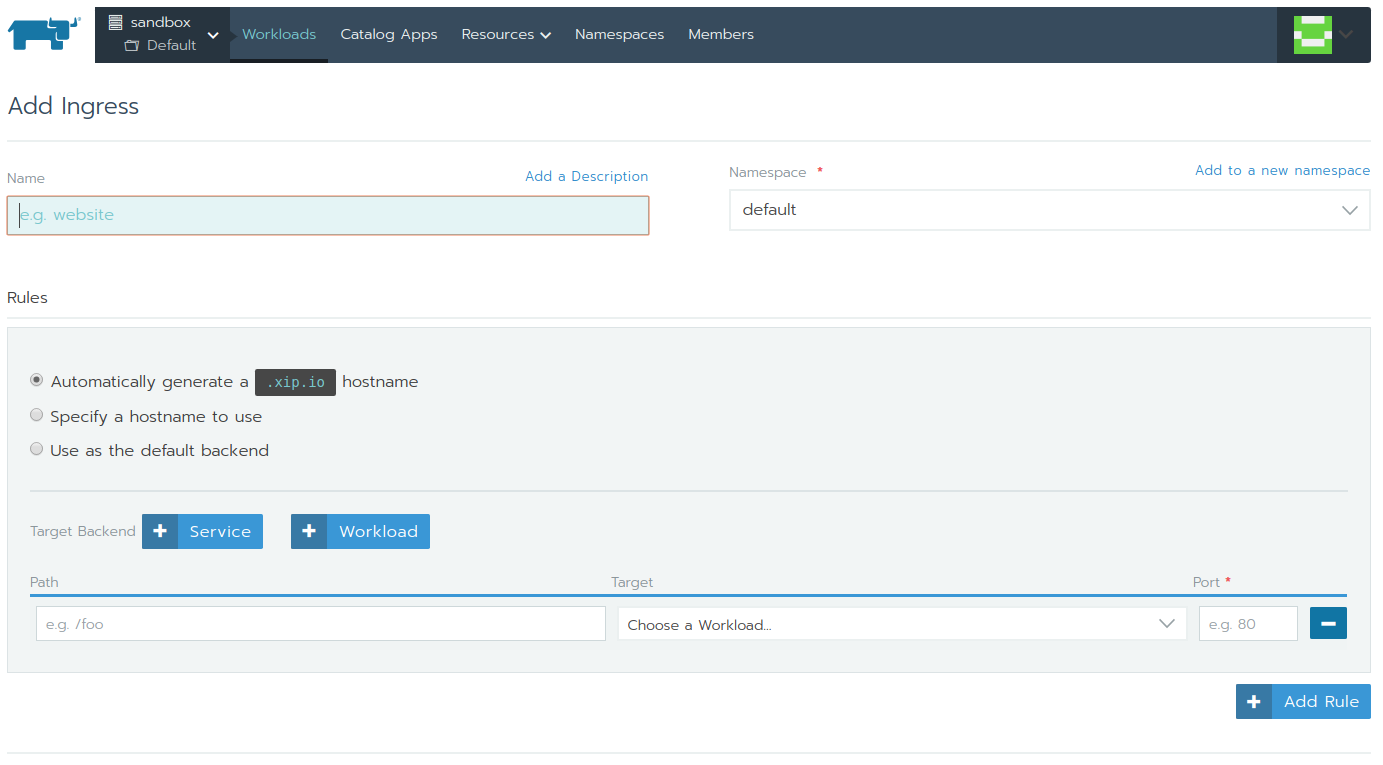 The ingress controller requires a bunch of settings:

Let’s see the rules I have setup to map our 2 hostnames to the sonarqube workload and jenkins service. 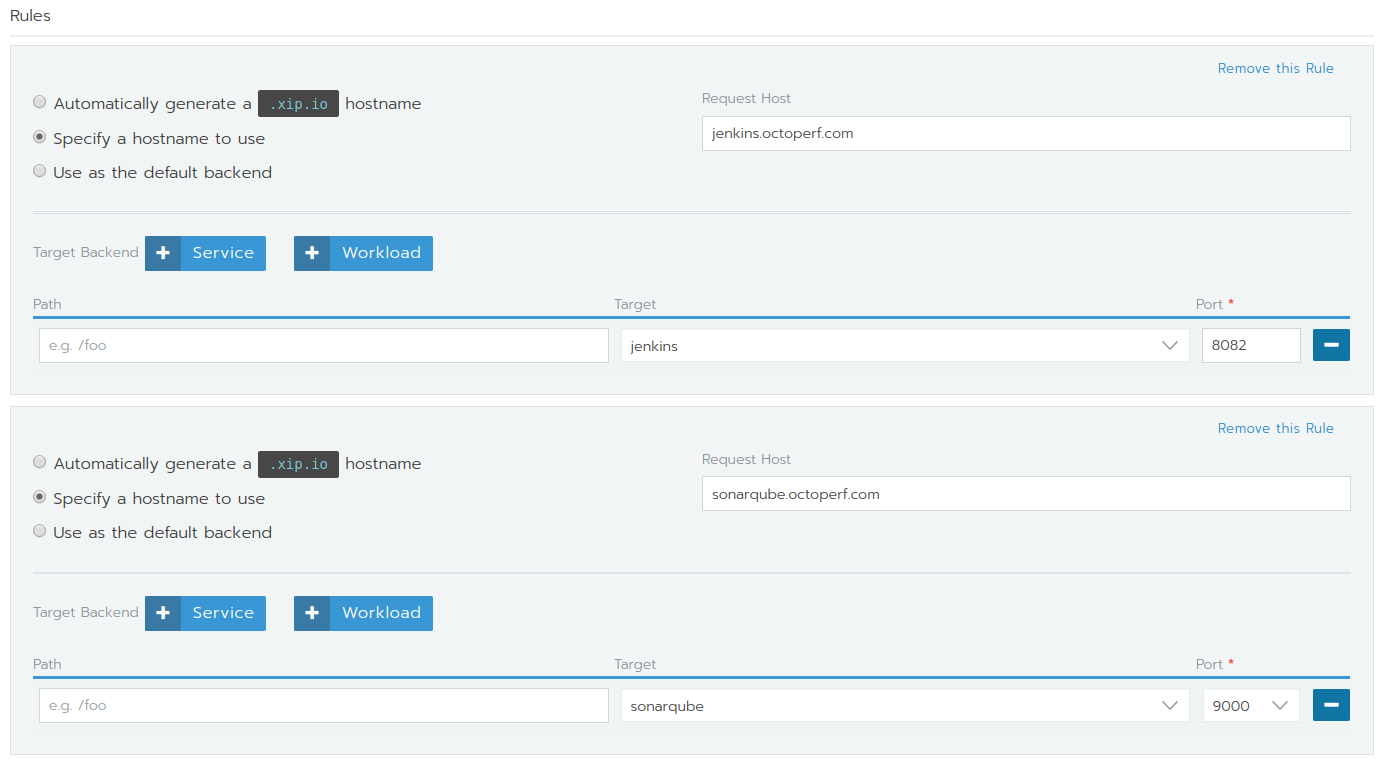 First we have the jenkins rule:

Second, we have the sonarqube rule:

Then, we need to specify the SSL Certificate we have previously provided to Rancher.

I have provided our paid wilcard SSL Certificate (but there are free alternatives like Let’s encrypt) and specified the two hostnames it covers. Click on Save to save and create the Ingress controller.

Rancher v2.1.x should provide a migration script to convert docker-compose.yml and rancher-compose.yml to Kubernetes YAML deployment configuration files. That being said, I don’t think it’s that difficult to migrate your services manually.

Is Rancher 2.0.x better than Rancher 1.6.x? I was first sceptical. After all, Kubernetes seemed like a huge machinery to use it on our production servers just to run a dozen containers on 3 machines.

But, Kubernetes looks like a much more robust technology developed by Google compared to Cattle, the system created by Rancher. Comparing them is a bit like comparing Apples and Oranges too because Cattle does more things than Kubernetes (it takes care of inter-machine networking through IPSec too).

Having had Rancher v1.x in production for years (we started using Rancher at v0.42), I can confidently say we have sweated several times when upgrading Rancher. Cattle isn’t working perfectly and sometimes messes our services. Service upgrades may fail unexpectedly and the reason will never be known.

But, that doesn’t breach my faith in Rancher v2.0.x for the very simple reason: they dropped Cattle and adopted Kubernetes. And that’s probably the single best decision (along with dropping MySQL, Thank you!) they have made to improve Rancher’s stability.

Feel Free to share your own experience with Rancher!

Scheduling Docker Containers on a Cluster 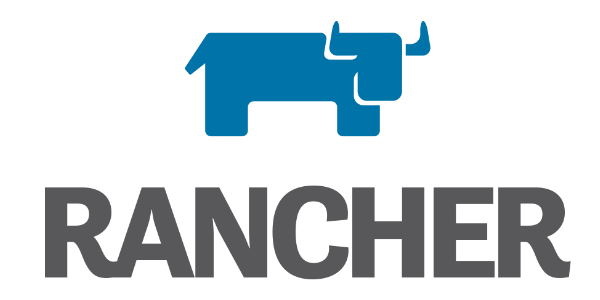