Both UI are based on Angular 8 and share many components, CSS and external library dependencies.

This blog post is a guide for every developer that would like to create an Angular Workspace with several applications and libraries.

Based on my experience of creating Kraken, it starts by explaining how to generate such project with Angular CLI, then continues with shared resources and unit testing, to finish by giving tips on deployment.

First, let’s start by defining what is an Angular Workspace:

A workspace is a set of Angular applications and libraries. The angular.json file at the root level of an Angular workspace provides workspace-wide and project-specific (application or library) configuration defaults for build and development tools.

Please keep in mind that in Angular terminology, a project can be both an application or a library. Both are stored in the projects folder of the workspace and configured in the central angular.json file.

Angular requires Node.js version 10.9.0 or later (run node -v to check the current version). You can download NodeJS from nodejs.org or install it using a package manager.

The Angular CLI and generated Angular applications both depend on external libraries that are available as npm packages. An npm package manager is included with Node.js. Run npm -v to check the npm version. I suggest to update npm to the latest available version (6.10.0 at the time of this blog post) with the command npm install -g npm@latest.

Finally, you need Angular Cli. Install it globally with the following command:

The ng new <name> command is used to generate workspaces:

As we can see in the above screenshot, several files are generated by this command in the frontend folder.

The first one is the Angular Workspace configuration file angular.json. For the moment it only contains information regarding the location of projects (applications and libraries). It will be much complex once we have generated some.

Then, the package.json file lists all the dependencies required by Angular. As the ng new command also install the npm dependencies, a package-lock.json file is generated as well as a node_modules folder that contains the downloaded dependencies.

Finally, a README.md file is also generated. Read it to get information related to the Angular CLI usage: how to build, serve and test the newly generated application.

The ng generate application <name> command is used to create a new application in the projects sub-folder of the workspace. 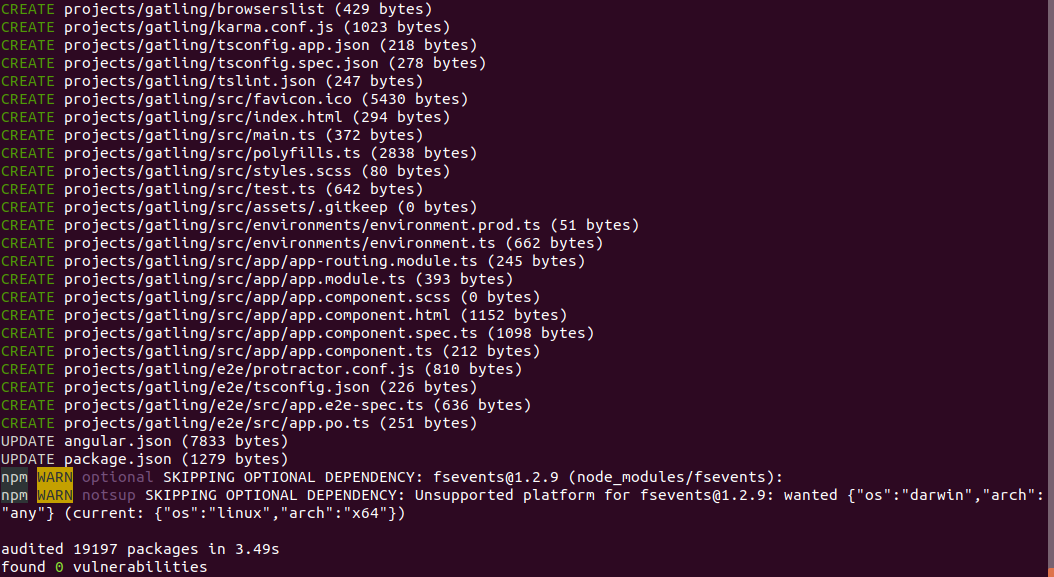 These commands create files for each application in the sub-folders projects/administration and projects/gatling:

We will come back later on the configuration specific to each application project as we will have to update them in order to share resources.

In the workspace folder (frontend if you followed this tutorial to the letter), run these commands:

Here again, the angular.json file is updated with the two newly created libraries:

It also creates files for each library in the projects/tools and projects/vendors. They are mostly similar to the ones generated for applications.

The idea here is to generate a service inside a library, and use it in an application.

Let’s create a dummy service in the tools library:

The syntax is ng generate service <service-name> and the parameter --project is mandatory to specify the library where to generate the service.

Note: The service is declared as injectable with the providedIn: 'root' option. That means this service is a singleton. It can be used in any component or service without having to provide it. It is always the same instance, anywhere you use it.

If you are using IntelliJ Idea or Webstorm, the default import for the HelloWorld service is import {HelloWorldService} from '../../../tools/src/lib/hello-world.service';. That’s ugly and hard to maintain if you move files around. You can open the project settings and select the TypeScript > Imports > ‘Use path relative to tsconfig.json’ option: 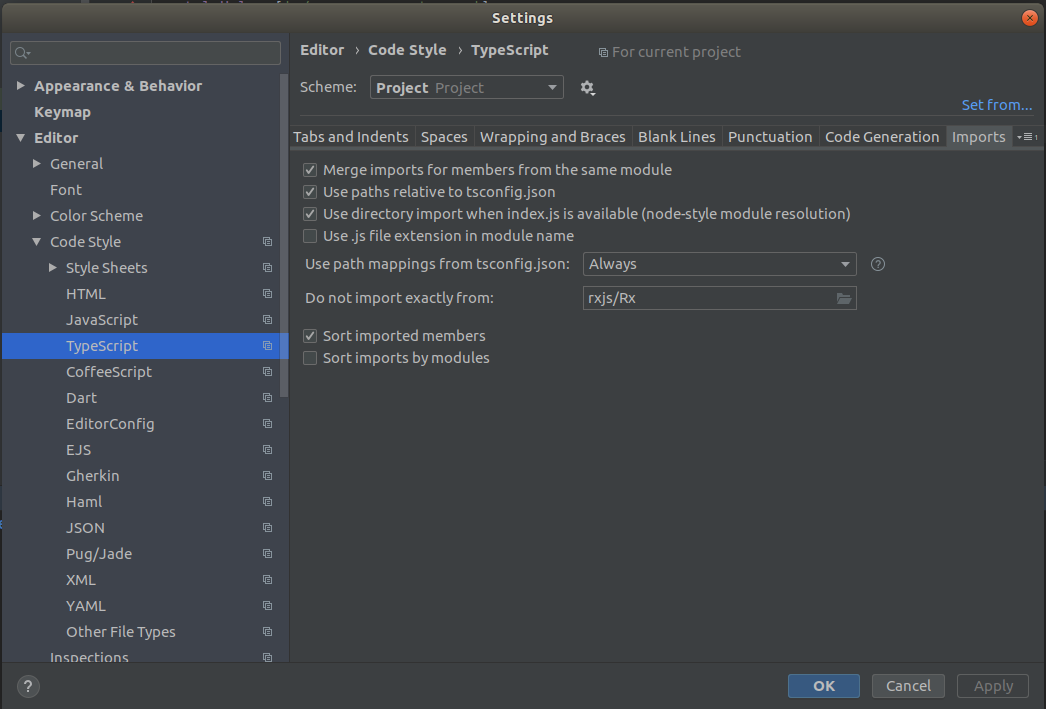 Angular Material is a set of components that follows the conventions set by Material Design.

Installing it is done in no time thanks to the Angular CLI. Simply run the following commands to install Angular Material on both applications.

Note: We do not need to specify the --project=administration for the first command as it is the default project in the workspace configuration ("defaultProject": "administration" in the angular.json file).

These commands add the dependency @angular/material in the package.json file and also automatically update various project files, adding the proper styles, importing the fonts and NgModules:

I find it cleaner to regroup external dependencies into a single NgModule. That’s why we previously created a vendors library.

So let’s update the VendorsModule file projects/vendors/src/lib/vendors.module.ts to import and export the MatButtonModule, thus regrouping our external dependencies in a single place:

Head to the next chapter to see what it looks like!

If you followed every step of this tutorial, you should see the “Welcome to Hello World!!" message as well as the raised Material “Click Me!" button. You may otherwise download the source code (simply run npm install before launching the application).

If you want to have a look at a more complex application, please head to the Complete Application Sample chapter.

Also note that if you want to launch both administration and gatling applications at the same time, you will see an error message:

Either use the --port option or read the How To Serve Multiple Angular Applications With HAProxy chapter to learn how to set the default port used by an application.

Let’s go back to our load testing IDE. It’s always nice to split a big application like Kraken into several modules and libraries. It eases the maintenance and improves code reusability.

But regarding reusability, sharing CSS styles and assets across component libraries is pretty handy. It might be cleaner to have completely isolated modules, but since all my libraries and applications rely on Angular Material, I do not want to duplicate the import code for each project.

Sharing CSS Across Libraries and Applications 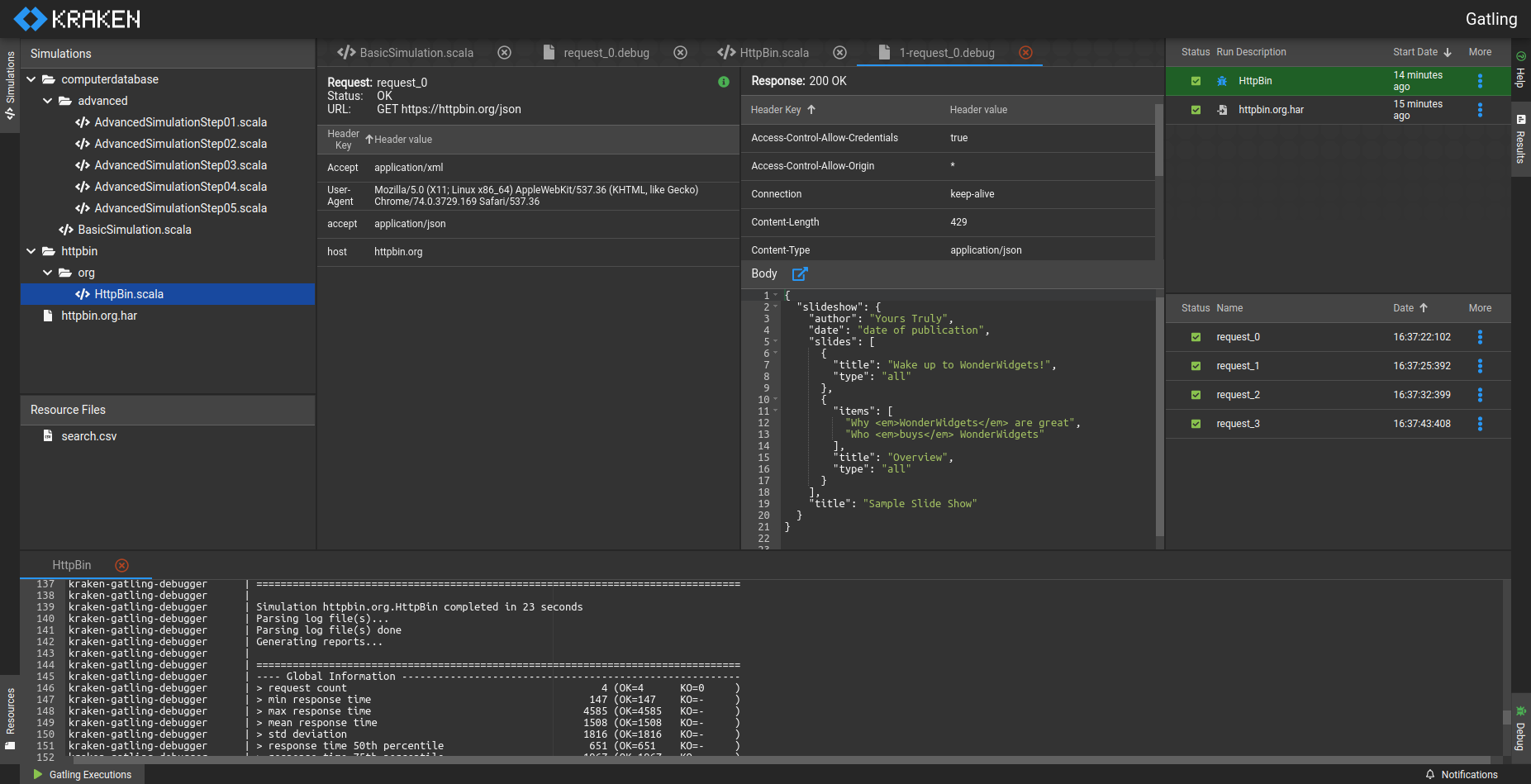 To create this UI, I had to create several component libraries:

They all use common CSS located at the root of the workspace, in the styles folder. For example, the custom material theme SCSS file initializes Material Design and declares custom colors:

In order to use these SCSS files in our Administration and Gatling Load Testing applications, we must declare them in Angular’s workspace configuration angular.json:

The stylePreprocessorOptions must be added into projects > administration / gatling > architect > build > options.

While running unit tests, you may get the following error if some components under test need the common styles:

In this case, simply add the stylePreprocessorOptions to into the section projects > my-project > architect > test > options of the workspace configuration.

Note: I’m used to Bootstrap. Its theme offers more colors than Material with primary, success, error, etc. I like Angular Material but I think having only a primary and an accent colors is not enough for complex applications like Kraken. If it’s not the case for you, you can create component libraries while staying separated from the Angular Material theme used: Theming Your Components Guide.

You might want to limit the usage of common CSS classes in such case.

Sharing Assets Across Libraries and Applications

Along with commons CSS files, you may also want to share assets across your applications and libraries.

For example, in Kraken’s assets we store:

In fact, the Ace theme and mode files are located in the ext folder and copied thanks to the angular.json configuration. For instance, the Gatling build architect options include the following configuration:

It first declares assets specific to the Gatling application. Then it includes all files in the root assets folder with the "glob": "**/*" syntax. Finally, all Ace workers are copied in assets/ace/.

We also use many other javascript files related to the Ace code editor. These themes, modes, and snippets must be declared in the scripts section of the build architect options:

No matter what you want to achieve with assets and external scripts, I suggest you have a look a this Angular-Cli documentation page: Stories Asset Configuration.

The Angular CLI allows you to run unit tests on a specific project with the syntax:

I wanted to have a single report that regroups all coverage information, as well as speed up test executions by running unit tests in parallel. So I created the following script:

It runs unit tests with coverage in parallel for each project not ending with -e2e (these are end-to-end test projects). Then, all reports are aggregated using Istanbul client.

Warning: If you have many projects, this script will run several web browsers at the same time. It may freeze your computer while it is running!

Istanbul needs report in the JSON format in order to aggregate them. So, update the karma.conf.js files as well. They are located at the root of every application or library. Simply add the json report:

Take a look at Angular documentation about testing if you want to know how to write unit tests.

How To Serve Multiple Angular Applications With HAProxy

In Kraken, we have two Angular applications: administration and gatling.

The idea is to serve both on different ports and base Href; and then to package them as docker images served on the same port but using different base Href.

Serving Angular Apps on Specific Port and Base Href

By default, Angular serves all applications on the same url and port: http://localhost:4200.

To be able to start two applications at the same time while developing, change the port of one of them in the Angular workspace configuration angular.json file. For example in Kraken, the Gatling application has a serve architect configured to serve it on port 4222:

Then, run the ng serve command with the following parameters:

It will open a web browser at the URL http://localhost:4222/gatling thanks to the --baseHref parameter and the angular.json configuration.

Angular apps are built thanks to the Angular-Cli ng build command:

Here again, the --baseHref /gatling/ is used to specify the base Href. The application is built in the folder dist/gatling.

The following DOCKERFILE generates an NGINX Docker image with the built application attached:

The output of the ng build command is copied into the folder /usr/share/nginx/html of the image, and the following Nginx configuration is used:

Run the command below to generate the Docker image:

HAProxy is an open-source software that provides a high availability proxy server for TCP and HTTP-based applications. In the case of Kraken, we use it to redirect HTTP requests on the proper Frontend, depending on the base Href (thanks the the path_beg /administration keyword).

Here is the configuration file:

The easiest way to start it is using the HAProxy Docker image.

To have a look at the complete sample (starts two frontend apps, several backend servers, and HAProxy using docker-compose), download and extract the Kraken installer.

I hope this blog post is helpful for anyone that would like to give a try to Angular for a complex multi-project workspace.

The source code of Kraken’s Angular frontend is available on GitHub, check it out for a complete and up-to-date code sample. If you think I missed an important part of Angular development or made a mistake, please write me a comment.

And finally, if you want to know more about Kraken, the load testing IDE, please check out its GitHub page. 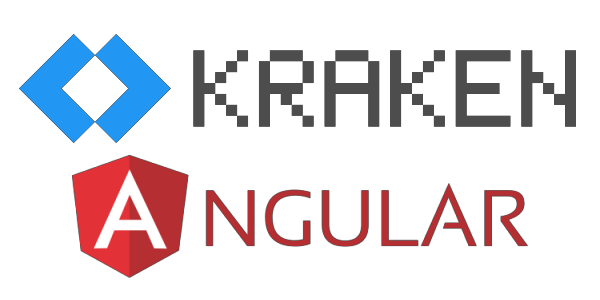 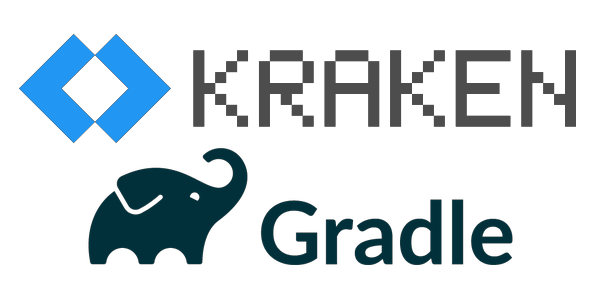 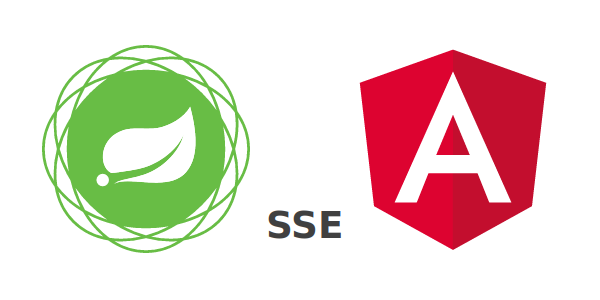