This third version of Kraken represents one more step towards a load testing solution suitable to teams and enterprises. Kraken can already be installed on your own Kubernetes cluster thanks to Helm charts: You own all data and can handle the security inhouse.

But until now it was lacking users management, making it cumbersome to use it for a team of performance testers. This point is now addressed in the version 3.0 thanks to Keycloak.

KeyCloak is an Open Source Identity and Access Management solution.

Among the many features of Keycloak include :

KeyCloak is deployed alongside Kraken backend to handle users registrations and login.

Grafana and InfluxDB users are also created for each user registering to Kraken. KeyCloak is configured to send events to the Kraken backend and stores metadata on each user.

Several Oauth clients are used in the KeyCloak Kraken realm to handle:

In case you need to execute load tests from a CI environment, Kraken can be managed directly using the REST API. 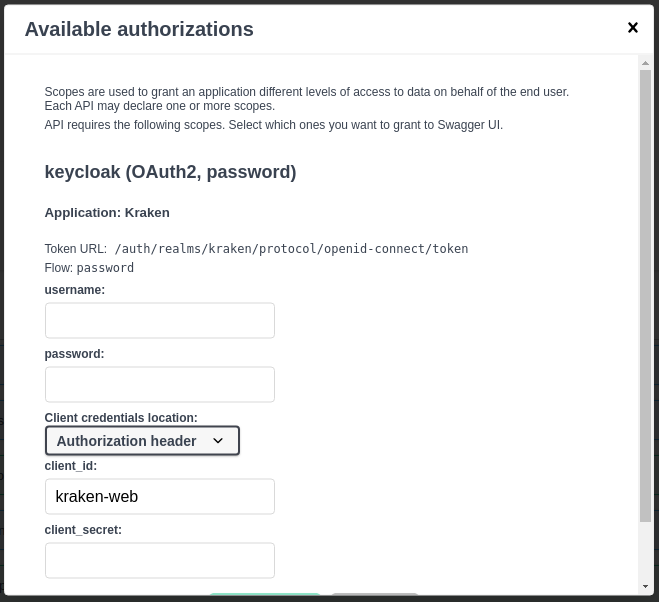 The administration application allows the Kraken platform administrator to manage the tasks configuration and available hosts to execute them.

This application has been improved to allow the administrator to easily add/remove Kubernetes nodes to the set of available hosts:

The Kraken administrator can also set the memory and cpu limits for task executions.

The list of available hosts for task execution has been improved to display the memory and CPU available on each corresponding node:

What’s Next? A Roadmap Overview

After some minor improvements and bug fixes with the 3.0.1, Kraken will evolve further towards and enterprise grade solution with:

User groups might also be implemented. The usefulness of such a feature is still to be discussed as it will be possible to share Gatling simulation scripts through Git and Grafana already allows you to share load testing reports with other users.